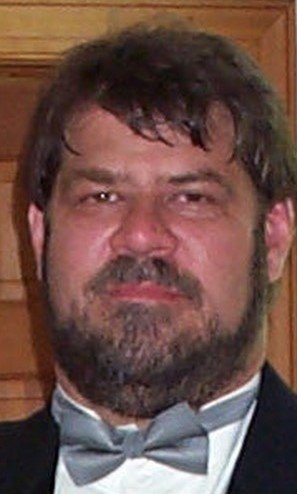 Mr. Larry Everette Moore, 61, of Westfield, NC passed away Tuesday, July 13, 2021 at Novant Medical Center. He was born in Winston-Salem on April 28, 1960 to Everette Columbus Moore and Dorothy Lois Chick Moore. He was preceded in death by his grandparents: Robert Moore Jr. and Esther Butner Moore and Herman & Marjorie Chick; his father: Everette C. Moore; his brothers: Stephen Moore and Randy Moore. Mr. Moore was a graduate of North Forsyth High School and Forsyth Tech where he received a diploma as a machinist. He loved playing his guitar. He embraced early computers and could write simple programs. He was skillful in repurposing everyday objects for woodworking projects. He is survived by his mother: Dorothy Moore; brothers: David Moore (Belinda) and Eric Moore of King; a sister: Lois Moore Perrell (Mike) of Germanton; the love of his life, Ruby Huff; as well as nieces, nephews, other relatives and friends. Memorial contributions can be given to the American Heart Association at www.heart.org. A memorial service will be held on Saturday, July 24 at 6:00 PM at Rosebud Christian Church (1918 Rosebud Road, Walnut Cove)