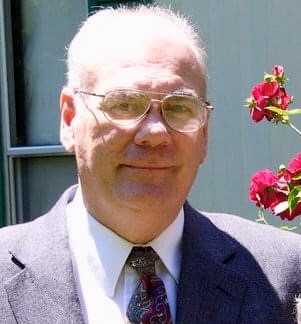 A brave and compassionate soldier went home to his Lord on February 14, 2022 at the age of 71. When Ken left his final earthly post and entered heaven, he was united with his beloved Christ; his granddaughter, Elizabeth; his brother, Danny; parents Reginald and Alberta Batts; and other loved ones who preceded him. Ken was a strong man with a big and compassionate heart that blessed everyone he met, and he touched thousands of lives. Everyone who met him described him as incredibly giving and generous with his time, heart, and resources, and as someone always grateful for the smallest things.

Ken was a very devoted husband, father, brother, and beloved Pappaw to his grandchildren. Ken loved talking about his whole family with love and pride, but he especially lit up when talking about his grandchildren. He took them to the pool, Chucky Cheese, and played video and computer games with them even when separated by distance. Ken had a wonderful dry sense of humor and loved playing games (no one could beat him at Trivial Pursuit!), which he passed to his brother, children, and grandchildren.

Kenneth Reginald Batts was born in Phenix City, Alabama in January of 1951, then grew up in Columbus, GA. A Renaissance man, Ken had a deep passion of learning throughout his whole life and somehow remembered everything he learned. He was an avid history buff, patriotic and hard-working, and kept informed on national and world affairs. Ken read through the whole Bible many times, and mentored hundreds of people as a pastor and shepherd and Sunday School teacher.

Growing up, Ken was best friends with his brothers and was always a great influence to them. He shared with them his love for God, family, and country, and they enjoyed many, many walks and talks together, and their special times playing games continued their whole lives.

When Ken was in high school, a friend took him to the Salvation Army one Sunday, and he felt at home right away. Because of his childhood environment, Kenneth wanted to help people physically, emotionally, and spiritually, and decided to pursue being a pastor and officer in the Salvation Army.

Ken enrolled in the Salvation Army school in Atlanta, GA in 1969, where he was immediately noticed by a young lady named Judy. She saw him walk on campus with his guitar and knew right away that he was going to be her soul mate. It took Kenneth several months to work up courage to ask Judy out, and they never separated after that. A promise ring followed later, and they married in 1972 and would have celebrated their fiftieth anniversary this year. Ken and Judy lived in several places in Virginia, West Virginia, and North Carolina, and made close friends everywhere they went and were very respected by everyone.

Their first appointment was in Hampton, VA. then they lived in Williamson, WV, followed by Beckley, WV, then Martinsville, VA, Washington, DC, and finally Woodbridge, VA, before retiring from the Salvation Army. Ken was recognized as an Outstanding Young Man of America, and he and Judy worked with leaders, National Guard in emergencies, and even the governor. Ken spent many hours visiting the VA hospital and prisons, having a special compassion for our veterans and those who needed encouragement and hope. He also had a special bond with children and loved teaching them.

After the Salvation Army, his other chapters included being a teacher and principal at a Christian school, where he created the technology department and brought in sports to the school. Ken loved sports and was proficient at computers and other technology. After that, he worked as a Fraud investigator and then worked helping people with Medicare and Medicaid. He was also a cook.

Ken had many hobbies, from being a Civil War reenactor with his son (he fought on both sides!) to putting models together (especially ships, cars, and airplanes), to bowling, to drawing and painting Revolutionary War era ships, to playing board games and computer games with his son, grandsons, and brother. He also loved playing guitar and listening to music, especially Patsy Cline, Elvis, and gospel music (when in high school, he looked a lot like Buddy Holly!), and enjoyed watching old movies on television or YouTube.

No one, not a single soul, could meet Ken and not walk away better for it. You could depend on Ken, and he had a way of making everything better. He was strong for all of us, and we miss him terribly. We will grieve this hole in our lives until we leave this world, BUT we have blessed hope that we will see him again and enjoy eternity with Ken.

Ken is survived by his wife, Judy; his children, Kenneth, Kevin, and Regina (James Proffitt); his grandchildren, Jackson, Jay, Robert, and Brandon; and his brother, Kerry (Paula), along with numerous nephews and nieces and countless friends.

Memorial contributions can be made to the Union Cross Moravian Church Benevolent Fund.

“We grieve but not without hope”