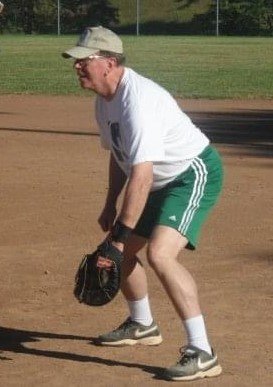 Jim was born in Syracuse, NY to parents James N. and Bertha (Zukowski) Russo. He grew up in Central NY with a love of sports, especially baseball and basketball, and collected baseball cards as a hobby for years. He graduated from Liverpool H.S. in 1956 and attended Syracuse University and later American River College in Sacramento, CA for engineering.

He married Ellen Anne Boutin from Phoenix NY in 1966. The newlyweds lived in Sacramento CA and moved to Arlington TX before having their first child in 1969 and returning to central NY to raise a family, having a second son in 1972.

Jim worked at Black Clawson Co in Fulton NY for over 20 years as a mechanical engineer before accepting a job managing the engineering department of Cloeren Corp. and moving to Orange TX. He moved into the Technical Sales division and travelled to over 20 countries for work and leisure. After 10 years with Cloeren Corp he moved to Winston-Salem NC and worked part-time 7 additional years for them in remote sales and technical support.

Jim was a life-long lover of baseball, playing and later coaching for most of his 82 years. His passion for the sport and coaching eventually gave him the idea to form a youth baseball organization in Fulton NY that played in the evenings, so parents could be more involved. After his years of hard work starting from a modest 4 teams in its inaugural year, the league grew to include hundreds of children on dozens of teams, eventually taken over by Little League of America culminating with a community baseball complex complete with lights as the legacy of Jim’s “idea”.

After moving to Winston-Salem, Jim was a booster for the W-S Warthogs before he became involved in senior softball. He was a player and manager for over 15 yrs for several local teams in the 65+, 70+, 75+ and finishing with his group of friends and teammates on the 80 yrs. and older team.

Jim was proud to be a NC Senior Games gold-medalist multiple times and National senior games champion with his over 65 team.

He also loved the Yankees and enjoyed traveling to New York multiple times to see them play, as well as watching them on tv at home with Ellen every chance they got.